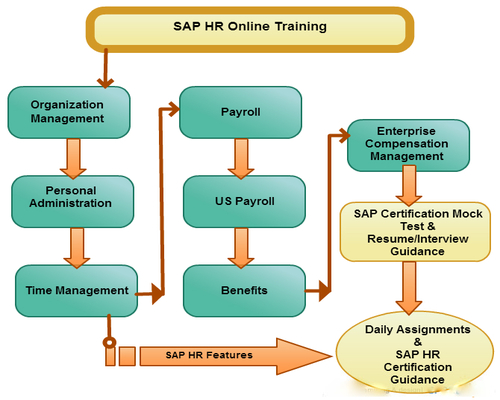 This component allows you to process payroll for employees in the United States, using data from SAP Personnel Administration and Benefits under a wide variety of configurations. You can also run payroll using a combination of SAP and third party products. The SAP Payroll system also offers a number of standard payroll reports. The Tax Reporter component allows you to generate all required state and federal tax forms, such as SUI reports and W-2s. Further reports can be generated using Ad Hoc Query in conjunction with an SAP Payroll Infotype.

United States Payroll should be implemented in cooperation with the project team implementing other areas of SAP HR, particularly Personnel Administration. Since US Payroll uses an interface to a separate BSI TaxFactory database to calculate taxes, you need to consult with networking, database and Basis personnel during some parts of the implementation.

The Payroll component is integrated with other SAP HR components, such as Personnel Administration and Benefits. There are also interfaces to other SAP modules such as Financial Accounting and Controlling.

SAP Payroll allows American businesses to run payroll for employees in all states. Requisite statutory reports, such as Federal forms 940, W-2, W-3, and all state SUI forms are also supported by the SAP system.